Vitamin B2 (riboflavin, lactoflavin, vitamin G) is a B-complex vitamin used in the form of water-soluble salts. It is often called cell growth factor.

Participates in the breakdown of fats, proteins and carbohydrates. It is essential for harnessing energy from food. It is the active ingredient in two coenzymes (FMN and FAD) that are required for normal tissue respiration. It is involved in metabolic processes throughout the body. It is given mostly orally in conditions where its deficiency is diagnosed. It is also an integral part of vitamin injections given intramuscularly and intravenously.

From 1897 until now, a whole range of yellow pigmented compounds called flavins have been isolated from various sources, the prefix of the word indicating the origin (e.g. lactoflavin from milk). They proved that the chemical structure of these different flavins is the same. In 1932, yellow pigment was found to be an integral part of some coenzymes and was named as vitamin B2 or riboflavin. The prefix "fish" indicates ribose in the structure.

Riboflavin is an orange-yellow powder with a burning taste. It dissolves poorly in water, the solution is yellow. It consists of the alloxazine nucleus and ribose.

It dissolves extremely poorly in water. It is almost insoluble in alcohol, chloroform and ether. It melts in dilute bases. Store in closed containers, protected from air and light. In practice, it is often found in the form of riboflavin sodium phosphate, which is more soluble in water and very easily in alcohol.1,9

Riboflavin requirements are often related to energy intake and also to metabolic reserve needs. A rich source of riboflavin is the liver, kidneys, fish, eggs, milk, cheese, yeast and green vegetables such as broccoli and spinach.1 Also good sources of riboflavin are whole grains.4 Cooking food loses some riboflavin, but can be lost they also occur when food (such as milk) is exposed to sunlight.1 Smaller amounts of riboflavin can be synthesized by microorganisms in the gut and can therefore be found in the faeces. However, there is no evidence that this riboflavin is absorbed.

At the site of absorption and also in other tissues, FMN is converted to FAD by the enzyme flavokinase. This reaction depends on the concentration of thyroid hormones (thyroxine and triiodothyronine), but can be inhibited by chlorpromazine and tri-cyclic antidepressants.

Approximately 60 percent of FMN and FAD bind to plasma proteins. Riboflavin is distributed to all tissues, but in low concentrations, and very small amounts are deposited. If riboflavin is used in minimal amounts (according to the RDA), only 9 percent of it occurs in the urine. When used in higher doses, much of the riboflavin is excreted unchanged.1 Boric acid, unfortunately a commonly used chemical both in practice and in the household, forms a complex with riboflavin and aids in its excretion in the urine. Boric acid causes poisoning, it can also cause hypovitaminosis riboflavin. Riboflavin, synthesized in the colon by intestinal microorganisms, is excreted in the feces. Riboflavin passes through the placenta and is excreted in breast milk.

FMN and FAD are coenzymes of many respiratory enzyme proteins - flavoproteins in cellular mitochondria, some of which contain metals (eg xanthine oxidase) .3 Thus, FMN and FAD are involved in the intermediate metabolism of carbohydrates, fats and proteins and in oxidative reactions of organic matter. Riboflavin is also indirectly involved in maintaining the integrity of erythrocyte membranes.

Riboflavin deficiency is most often caused by insufficient dietary intake and is the cause of various disorders such as ariboflavinosis, characterized by keliosis, severe stomatitis, glossitis, keratitis and seborrheic dermatitis, especially expressed in skin folds. Deficiency also leads to peripheral vascularization accompanied by itching, burning, blepharospasm, and photophobia. Some of these symptoms also occur in the absence of other B-complex vitamins, such as pyridoxine or nicotinamide, which do not show their effect without riboflavin.

The recommended daily allowance (RDA) of riboflavin is 1.2 to 1.3 mg for an adult healthy woman and 1.4 to 1.7 mg for a healthy adult male.

The American Food and Nutrition Board is l

During pregnancy and lactation, the need for riboflavin is higher (1.6 to 1.8 mg daily), but all the necessary amount can be entered with a proper diet, which in women in this condition is somehow increased.

The use of riboflavin is limited to the prevention and treatment of diseases caused by its deficiency. Much higher doses (5 to 10 mg riboflavin daily) are usually used in therapy. It is mostly given orally. Riboflavin is also an integral part of multivitamin injections given intravenously. Some preliminary studies have shown the possibility of using high doses (around 400 mg) of riboflavin in migraine.

Increased vitamin B2 requirements are indicated in:

Probenecid
May reduce urinary riboflavin excretion. Concomitant use should be avoided.

Propantelinium and other anticholinergics
Decreased absorption of riboflavin. Concomitant use should be avoided.

High doses of riboflavin cause a bright yellow color to the urine and may affect the analysis of urine performed by spectrophotometric method or color reactions.

Catecholamines, urobilinogen (fluorometric determination)
Riboflavin may produce fluorescent substances in plasma and urine that may cause a false increase in catecholamines and urobilinogen. 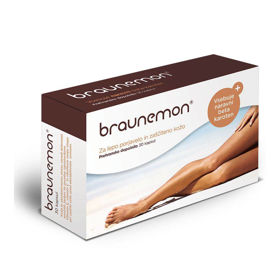