Manufacturers
Show all
Popular
Show all

Address of my pharmacy doo:

View location on a map 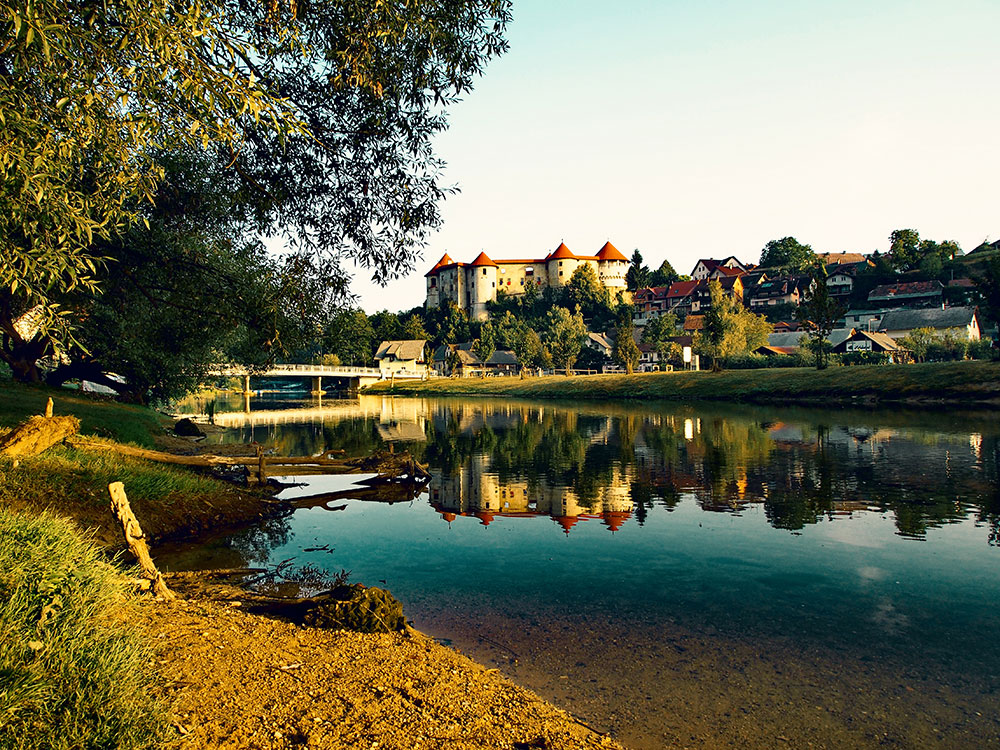 Žužemberk, which is the center of a dry landscape - has about 1,200 inhabitants. A clustered settlement on both banks of the river Krka, standing on the terrace on the left bank. The river Krka flows over picturesque tufa sills and is known far and wide for its fish richness. These thresholds are a special attraction for rafters, who enjoy the more the number of obstacles in the water.

The traffic artery that connects Žužemberk with other Dolenjska regions is the road Novo mesto - Ivančna Gorica, from which the roads branch off towards Dobrnič and towards the southern part of Suha krajina.

The mighty Žužemberk Castle rises above the banks of the Krka. The castle boasts a Romanesque core and newer walls. The castle is first mentioned in 1295 (although some believe that it stood as early as the 11th century), as the property of the counts of Gorizia. After the extinction of the Counts of Gorizia in 1374, the castle came into the hands of the Habsburgs under a hereditary treaty. They leased it in 1469 to the Counts of Turja, who remained its caretakers until 1538, when they got it into their real ownership. They had it all there until 1945. In the 16th century, the counts had Turjaški grad rebuilt. The castle also acquired Renaissance and Baroque elements, especially present on the restored perimeter walls.

The castle was damaged in a fire in 1945 and is still not completely restored. A lot of work is done especially with the restoration of the medieval core, as well as with the huge perimeter walls and round towers.

In the coming years, the state is expected to allocate a little more funds for the reconstruction of the castle than before.

The entrance to the fortress is from the central square of Žužemberk, in the middle of which stands a cast-iron fountain. It was cast in the 1960s in the nearby town of Dvor. It proudly adorns the main square in front of the castle, in memory of the court master foundries, for whom no work was too demanding and too difficult.

Today, the settlement is gaining an increasingly urban image, despite the fact that land cultivation (agriculture) is still an important activity of many locals in Žužemberk.

Žužemberk from 1. 1. 1999 again an independent municipality.

It is also worth mentioning that there are several inns or temples in the settlement. There are also several tourist farms on both sides of the Krka, where you can eat well, and they can also be served with means of transport for the descent down the Krka or for a ride in a wasteland around.

Welcome to the municipality of Žužemberk!