There is 0.0001 percent copper in the earth's crust. It is native to nature and in compounds. The most common sulphide ores are chalcopyrite, bornite and cubanite, of the oxide ores cuprite and carbonate malachite and azurite.

Copper has been used as a therapeutic agent for 400 years BC. n. No. Hippocrates used copper to treat lung diseases. In 1900, they discovered that there was a type of anemia that did not respond to iron therapy. 1912. it was associated with impaired copper metabolism. In the second half of the 19th century, copper was discovered to be an integral part of the blood, and its toxicity was discovered at the end of this century.

The name comes from the Latin word cyprum, which is the Latin name for the so-called Cypriot metal cyprium after the island of Cyprus, then the richest copper deposit in the Mediterranean.

Copper is a bright red metal, relatively soft, very tough and stretchable. Behind silver is the best conductor of heat and electricity. The surface of copper in air oxidizes to red copper oxide, which gives it its characteristic "copper color". It is monovalent or divalent in compounds.

With a balanced diet, 1 to 2 mg of copper is ingested daily.

Copper is absorbed 40 to 60 percent. Absorption is reduced by increased intake of zinc and cadmium. Most of the copper is transported in the form of ceruloplasmin, but it can also be bound to albumin and amino acids. After absorption, it is distributed in tissues (liver, kidneys, heart, brain, bone marrow). In these organs, it is either in functional form, integrated into cuproproenzymes (tyrosinase, mono-amino oxidase), or in reserve form.

Hypercupraemia (lymphoma, myeloma, melanoma, acute leukemia) has been reported in some patients with cancer.
Copper is excreted in the bile, a small proportion (0.5 to 3 percent) in the urine. The loss of sweat through the skin and hair is negligible at 0.34 mg / day.

PHYSIOLOGICAL ROLE AND FATE IN THE BODY

Copper is most abundant in biological tissues in the form of organic complexes, most of which are metalproteins and act as enzymes. Most of the copper (60 percent) is found in the enzyme superoxide dismutase, which catalyzes the conversion of oxygen to hydrogen peroxide. A small portion of copper is found in red and white blood cells as a cuproenzyme. Copper is involved in various metabolic reactions, the synthesis of certain essential compounds, such as complex connective tissue and blood vessel proteins, and the maintenance of normal nervous tissue function.

Copper enzymes are involved in preventing free radical damage and maintaining the structural integrity of tissues (which is important for the elasticity of arteries). Therefore, they believe that copper deficiency is one of the leading risk factors for vascular disease.

The importance of copper for the immune system is known, but has not yet been fully elucidated. Copper is thought to be involved in the production of immunoglobulins, but it also acts through its neuroendocrine function. The synthesis of the neurotransmitter norepinephrine depends on the dopamine- (γ-monooxygenase) enzyme and the formation of certain bioactive peptides found to affect the immune system. Copper is part of natural pigments (keratin in hair).

Adequate copper intake during pregnancy is essential for normal fetal development. During pregnancy, there are a number of changes in the level and transport of copper in both the mother and the fetus. Maternal copper levels increase in parallel with serum ceruloplasmin growth. Total copper also grows, but not in the tissues involved in copper homeostasis. Placental transport grows towards the end of pregnancy. The highest concentration of copper is in the liver of the fetus, where a reserve is formed in the last three months of intrauterine life.

Copper deficiency in humans is extremely rare. Symptoms of deficiency have not been demonstrated in those patients who may develop hypocuraemia due to their underlying disease (sprue, nephrotic syndrome) .4 Copper deficiency anemia may occur in patients undergoing bowel surgery or in patients on parenteral nutrition. (usually occurs after one month).

The role of copper in the development of anemia needs to be further clarified, as copper deficiency is usually accompanied by a deficiency of some other essential substances. Symptoms of copper deficiency can be: leukopenia, neutropenia, decreased cemloplasmin concentration, iron deficiency, bone abnormalities. Deficiency is possible with severe malnutrition and high zinc intake.

Menkes disease se occurs in male children with the mutated X-gene (1 in 50,000). It is a disease in which there is a deficiency of copper in the liver and serum and first a deficiency of essential copper proteins, cytochrome c-oxidase, lysyl oxidase and ceruloplasmin. The disease is characterized by severe retardation.

Copper deficiency in plants disrupts photosynthesis due to the importance of copper in chloroplasts.

DUE TO DEFICIENCY Cu

Poisonings are rare, usually the result of intentional poisoning or the release of copper ions from cooking vessels or dialysis machines. Liver damage, jaundice, hemolysis, convulsions, hypotension, coma, and death occur. Symptoms of acute poisoning are: dizziness, vomiting, abdominal and muscle pain. Copper ions cause vomiting and diarrhea due to the irritating effect on the mucous membranes, thus significantly reducing the possibility of poisoning. Increased intake of copper ions - up to 12 mg / day for men and 10 mg / day for women - is non-toxic.

Wilson's disease is a genetic disorder characterized by the accumulation of copper in the brain, liver, eyes and other tissues, leading to severe damage. This disease is caused by extremely low levels of ceruloplasmin and high levels of copper (20 times higher) in the liver.

Inhalation of copper dust and vapor results in irritation of the respiratory tract, ulceration and perforation of the nasal septum, metallic or sweet taste and possible discoloration of the skin and hair. Fever-like symptoms appear.

The recommended daily allowance (RDA) for a healthy adult is 1.5 to 3.0 mg.

Calcium
Calcium intake of more than 2 g per day increases the excretion of copper in the faeces, which can lead to copper deficiency.

Zinc
Co-administration of zinc is not recommended due to significantly reduced copper absorption. An interval of 2 to 3 hours is recommended. 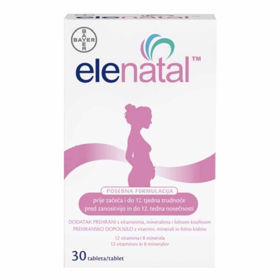 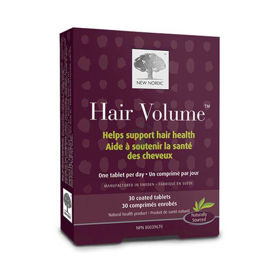 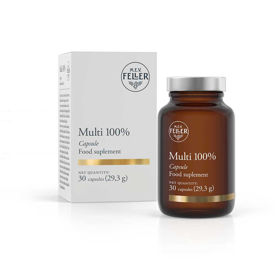